Should I use OData for Salesforce integration? 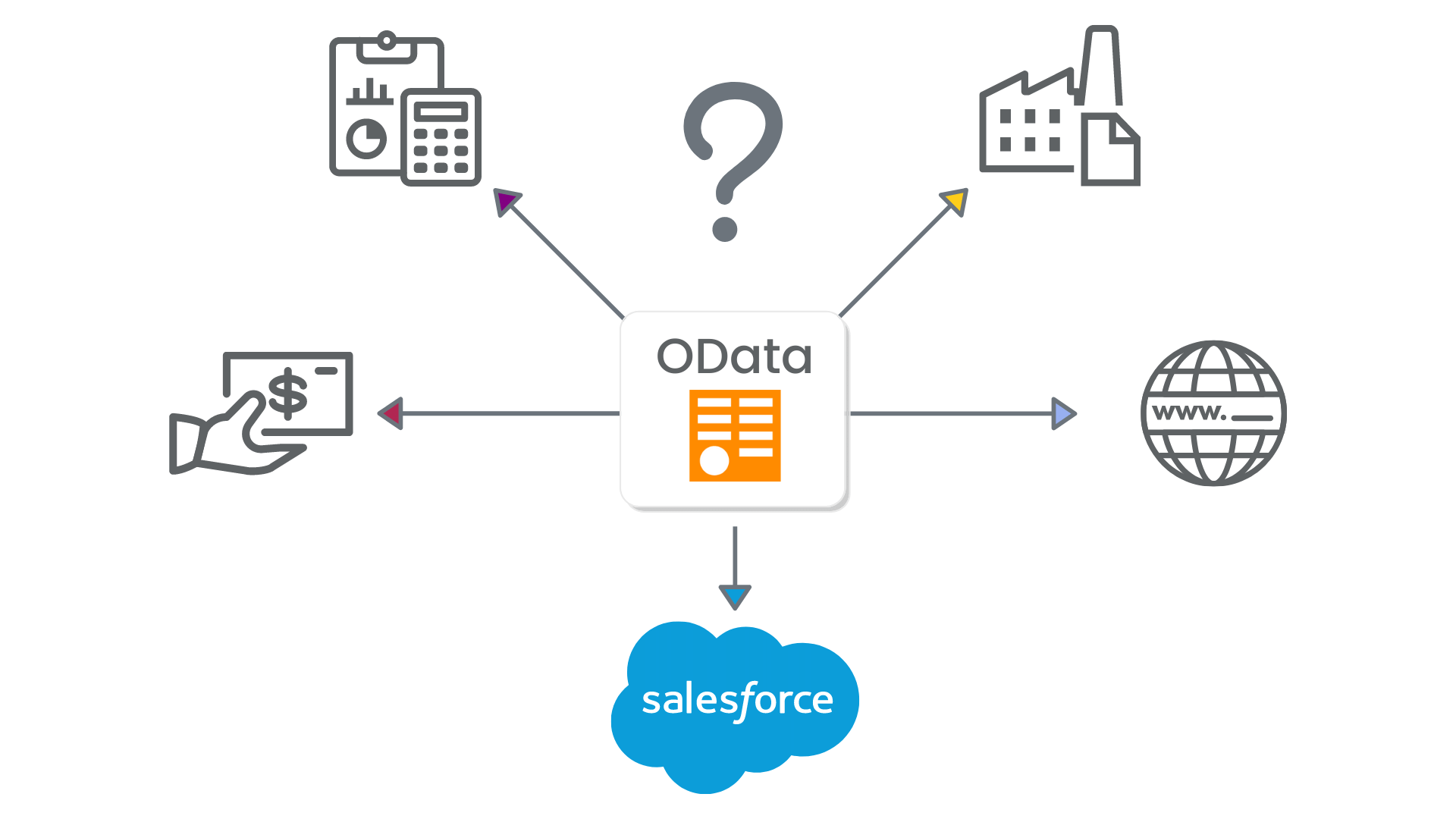 OData is a story with some interesting twists. Microsoft first launched the OData spec in 2007, and several “big name” implementations followed, including Netflix and eBay.

The term entered the Salesforce vernacular when Salesforce Connect launched in 2014 (originally “Lightning Connect”), because OData was a key enabling protocol. As you can see in the press release, it was pitched at accessing “data stored in legacy back-office systems”.

Integration middleware vendors rushed to publish OData interfaces so that Salesforce could be directly connected to just about any other system, cloud-based or otherwise.

But it was around that time that OData as a protocol lost its shine in the software industry. Netflix and eBay both closed down their OData services, and a number of software architects weighed in on what they saw was inherently wrong with OData.

The challenges with OData

Overall, providing a generic query interface through an abstraction layer is a bad idea.

Regardless of the intention of the OData spec, its implementations felt like you were "querying the other party’s underlying database rather than interacting with their product." So an integrator needs an intimate knowledge of the underlying database structure. Then once built, the source and destination become tightly coupled so database schemas can’t change and integrations are single use.

In the context of Salesforce integration, OData is often thought of when CRM users need real-time access to high volume datasets like orders or transactions. But the design of OData means it can only really be used for rarely changing connections to legacy systems.

Performance also suffers as the underlying databases were not designed to handle queries with such potential variety and big data is off limits.

But the idea of integrating systems via live-query is still a good one, so before we write off OData completely, let’s take a step back and look at some important changes in the technology landscape.

The desire to be customer-centric has fuelled digital transformations in consumer industries, meaning the demand for contextual customer data in the CRM is stronger than ever.

In 2007, many companies didn’t even have a data warehouse. And if they did, it was usually only attached to some reporting engine for analysts to use. Now, every company needs to be data-driven.

While datasets have exploded in size, the cost of entry to data warehousing has plummeted, and the adoption of cloud-native data warehouses has boomed.

Result: A new way to deliver the OData vision

Thanks to cloud data warehouses, we no longer have numerous legacy systems to connect to. Instead, we have a single, highly available and highly scalable platform already being used to drive business decisions.

You can quickly and easily take the raw data from all of your systems and build a business-friendly consumption layer in your data warehouse, using popular tools like dbt.

Omnata has taken the original OData vision and reimagined it for the modern data architecture. Our native Salesforce App works with Salesforce Connect to connect directly to the most popular cloud data warehouses Snowflake and BigQuery. Plus an up and coming technology, Rockset, which supports data lakes and less cloud-native technologies like RDS databases.

Thinking about an OData integration for Salesforce?

Does your analytics team already centralize this data in their data warehouse?
If so, you might be unnecessarily doubling up on data wrangling work.

Omnata Connect makes is easy for Salesforce Admins & Architects to integrate data via live-query without enterprise middleware. It runs inside the Salesforce boundary so there is no extra security risk or vendor assurance overhead.

Omnata is trusted by customers like HoneySuckle Health and Vonage Inc. 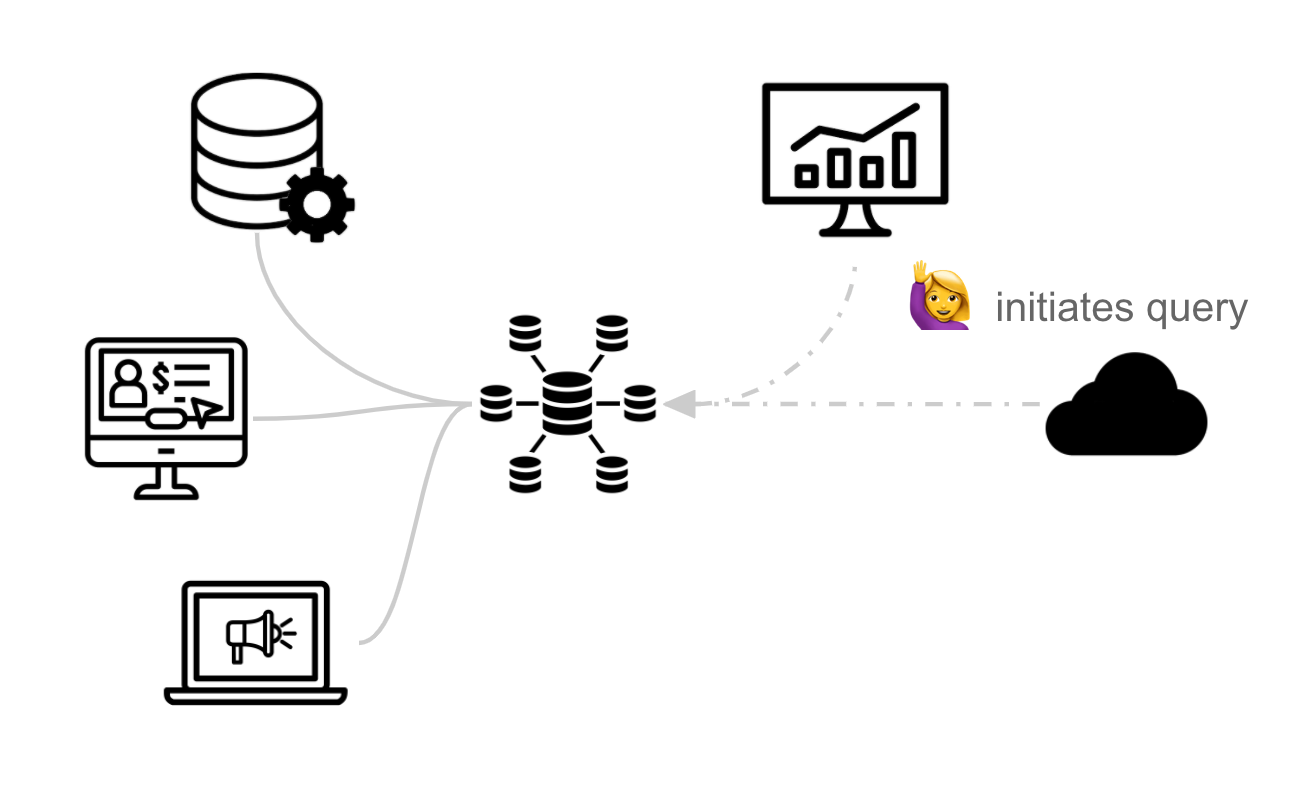 4 steps in the evolution of integration architectures 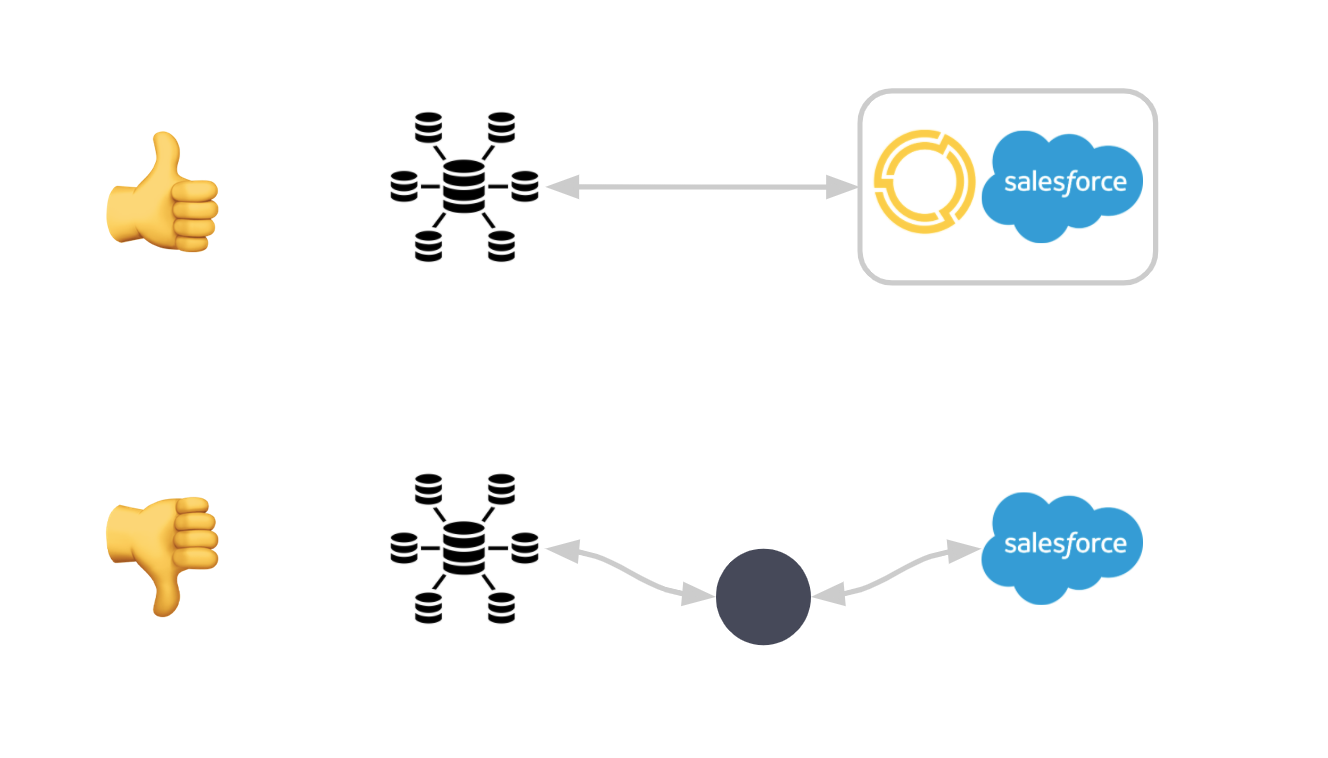 4 features that simplify integration to Salesforce